Let’s get one thing straight up front: I am not hip.

I wasn’t hip in my teens or twenties, and I sure as heck don’t qualify now. The fact that I’m writing reviews about a couple of musical acts half my age is a random convergence of technophilia and random fandom. Therefore, the following comments should be run through the he’s-45-and-lucky-to-be-listening-to-something-other-than-classic-rock filter.

Tonight I decided to go to a performance of live music for perhaps the second time in 15 years (I attended a performance by my friend Amy McCarley, who’s excellent but suffered from bad acoustics and a loud, inattentive audience in 2011 or so). This second occasion was prompted by the appearance of Kawehi in Orlando.

We can start with the venue if you like–a dark, stark place in downtown Orlando called the Back Booth. Once the lights went down for the performers, I gave up on writing in my journal real-time. The best things the bar had to recommend it were Blue Point beer and Makers Mark bourbon. Prices are downtown-high ($5/beer, $8 call, $16 double call). Additionally, the Back Booth is relatively small (their website says they can handle 350 people at a time). This allowed most of the audience to enjoy what some might call an “intimate” performance, as everyone could see the performers’ faces clearly–radically different from an arena show.

The opening act for Kawehi was a local (Longwood, FL) female duo called Who Can Tell. Being un-hip, I’d forgotten about opening acts, so I had no expectations when they assumed the stage. I was pleasantly surprised.

Playing mostly their own songs (with a few covers thrown in that I did not recognize because, again, I am not hip), they had smooth vocals and decent musical performances. One singer (Jeni Valtinson) had the ease of a country singer while the other (Brianna Peterson) had the intensity of someone like Janis Joplin. That’s my impression of their performance expressions; the voices themselves were nearly identical or blended smoothly. I really enjoyed the quality of the singing and their relaxed interactions with the crowd. Their primary instruments included guitar, ukelele, harmonica, tambourine, bells (attached to one singer’s ankles), and kazoo (I kid you not). Imagine a quirky college act with some folk music thrown in.

It might have been the acoustics of the Back Booth or my own bad hearing, but I couldn’t understand all of their lyrics, but what I heard I liked. And their simultaneous earnestness in performing, combined with their playing of irreverent instruments like the kazoo made their act fun and worth listening to. They were about as anti-Kawehi as an act can get, which is not bad, just very different, as I’ll explain presently.

Okay, so I came to this concert because I was interested in someone who became a sensation via YouTube. Kawehi (pronounced, I believe, kah-WAY-hee) has a unique approach to her performed music: she incorporates her pre-recorded background sounds and vocals into part of her performance.

And, as random luck would have it, I ran into Kawehi before her performance at a saloon around the corner from where she was performing. Being an introvert, I kept my comments short (but did ask for an autograph). So here’s what an introvert fan’s interactions end up looking like in the age of Twitter:

@iamkawehi pleasure meeting you at the PourHouse. Sorry for the brevity. Figured you’d like to eat/drink in peace. Rock on!

@SciCheerGopher thanks Bart!!! See you soon!! 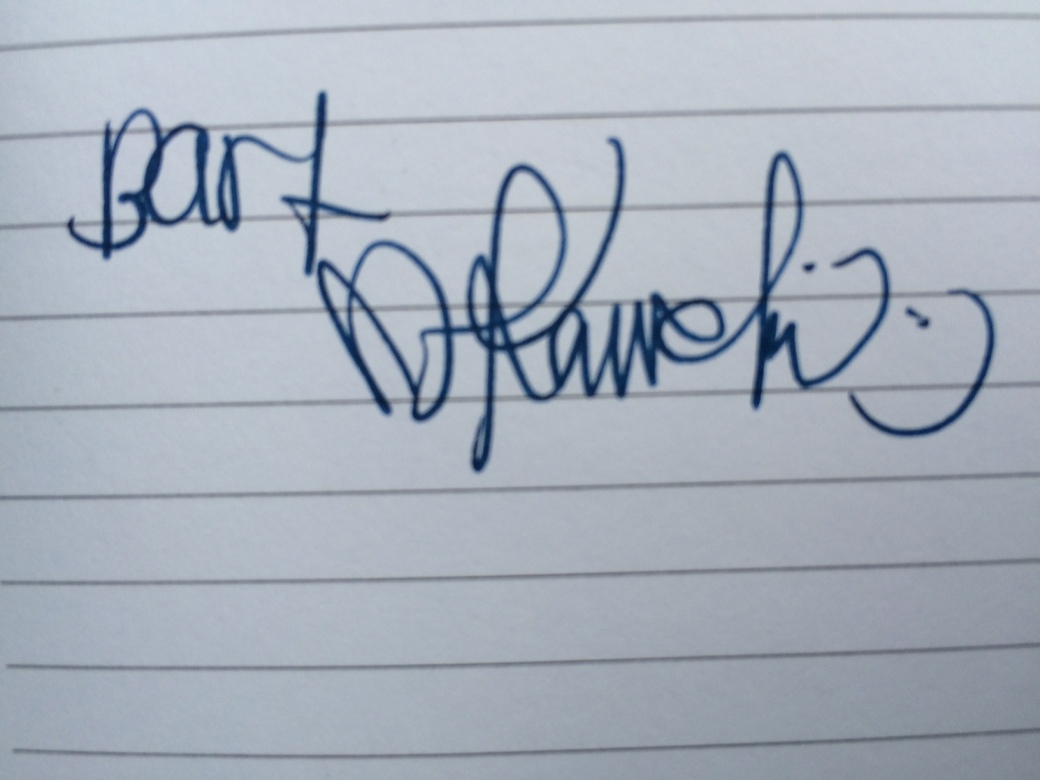 Moving along from my somewhat brief and awkward interactions, I’ll just move on to the music from here.

Sophisticated consumers of music expect bands to sing and record background lyrics on their various tracks, often performed by the same individuals. If anything, the primary difference between live music and studio performances is that live music does not replicate the background lyrics, if only because human vocal cords cannot reproduce different sounds simultaneously. Kawehi does something different, in that she introduces her songs by singing the background tracks first, playing them skillfully enough so that they sound like a well-played introduction rather than a set of separate one-off vocal tracks.

So imagine, if you will, some of your favorite songs played inside out: Kawehi replicates drum sounds percussively with her mouth, then starts throwing in repeating synthesizer and vocal themes, and then she starts singing the regular vocals. So when she does get to the lyrics, her audience feels it better somehow because they now understand how the song is put together.

To put it more bluntly, Kawehi has made an art form out of showing us how the sausage is made using only a single voice. It is simultaneously an artistic, technological, and postmodern tour de force, as you come out of the experience seeing how it’s all done and still appreciating the result.

Like I said, it’s hard to imagine a couple of performers more different from Kawehi than Who Can Tell, and yet they both entertained well in their individual ways. So let me just throw this out there, for those who have given up on live music: there are some really fun local (and even national) acts that manage to do interesting things with music. You just have to take the time to get out and listen to them.