I think space exploration–the robotic and human variations–leads to economic growth because people must be employed and equipment must be designed and built to make the journey happen. Because of the unique environment of space itself as well as the planets in our solar system, that hardware must meet unusually high standards of performance that are never required on Earth. However, once the technologies are developed for exploration elsewhere, those high standards can and do result in better tools here on Earth.

I also responded to philosophy professor Gonzalo Munevar’s concept of serendipity, wherein discoveries made in space only afterward become useful intellectual “spinoffs” when someone realized that a knowledge gained in one place could be useful for a more practical problem here on Earth. Moreover, the continued scientific exploration of the space frontier changes science itself and causes those who practice it to change the nature of the questions they ask and answer. Those types of changes have happened throughout human history.

The Potential for Improving Our World

One anti-space argument I hear often is, “We shouldn’t explore space because a) we haven’t made Earth perfect yet or b) we have screwed up Earth so badly.” Argument a) is ridiculous, as the “perfection” of Earth is either physically or socially impossible, especially if the definition of “perfection” keeps changing. Argument b) assumes that the listener will accept the “guilt” of humanity in permanently screwing up our home planet. I don’t guilt that easily, as there are innumerable amazing and positive changes and works of art and science that would never have happened without the presence of humans. Yes, we’ve done (and continue to do) bad things, from clear-cutting forests to pollution. But we also have the ability to take action to fix those problems, and space exploration has given us the realization that we need to do something (think of the Apollo 8 Earthrise photo) and in some cases space exploration provides us with the tools to fix the problems. 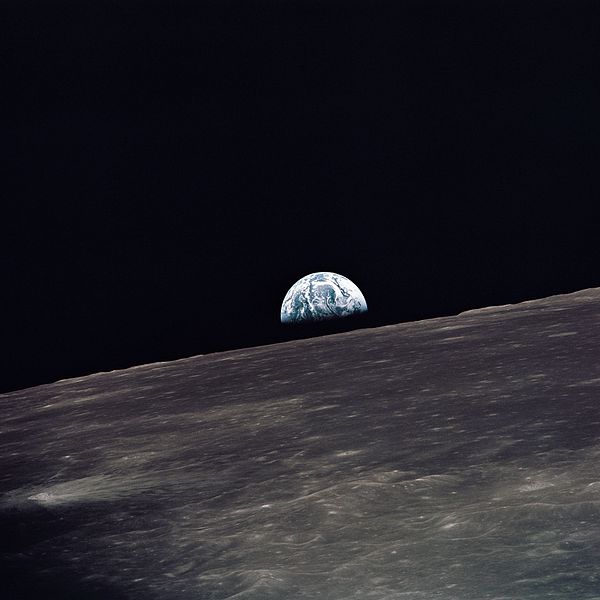 One can look at space-based solar power as one potential energy source that could improve the level of pollution put out by hydrocarbon fuels.

During the last Iraq war, a water filtration system originally designed for the International Space Station was installed in a village in Iraq to provide clean water for the people living there.

NASA technologies used for exploration have been turned around and used to treat cancer.

Now I know some people get tired of hearing the “spinoff” argument–and I’m not certain about the actual rate of inventions anymore. However, it is my contention that just spending money directly on an Earth-based problem will only result in a refinement of an existing technology rather than applying a wholly new technology to a problem like cancer. Or any other problem.

Space exploration is, for me, one of the most challenging, inspiring actions humans can perform. It speaks to our willingness to explore, to investigate, to learn, to reach beyond our current abilities, to develop ingenious devices capable of solving complex problems. Some day, it will lead to human beings building homes, families, and whole new ways of life beyond the world of our birth.

And yes, we will no doubt take our conflicts with us out there–our fears and doubts and religions and competitions and paranoias and poor judgment. We will go for science and we will go for wealth. We will go to find new and better ways of life and no doubt some will go for power. But all the same, we will be who we are, and we will make supreme efforts to survive in unreal and dangerous environments because that is part of what we do. The effort will not radically change who or what we are in the near term, but in the long term we might learn how to ask new and better questions of ourselves, and that’s an adventure worth attempting.