Fair warning: this is a longer-than-usual entry. Feel free to read the short version and get on with your day.

There’s no doubt about it: our forms of entertainment are becoming increasingly realistic and interactive. Video games, for example, have advanced at a tremendous rate, creating ever more detailed environments for humans to play. Theme parks, too, are not just creating environments but putting visitors in the middle of the action. This presents possibilities but also problems for the dedicated introvert. 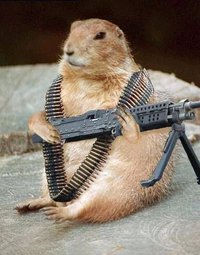 I confess, I’m a chatterbox on Facebook. I’m a regular, multiple-entries-per-day sort of guy, posting comments, memes, or videos. However, that’s typing. I’m not communicating face to face or vocalizing (I certainly don’t post video commentary). My primary “face” for Facebook is my Science Cheerleader “Gopher,” a graphic used since I played go-fer and bodyguard in 2010.  I blog here, obviously, and on Heroic Technical Writing. That’s more typing.

There are variants of typing interaction, however, that can be off-putting to me. I griped about instant messaging a few years ago (here and here), and my objections to the technology remain the same:

Right off the bat, you have adjust the settings for when the application turns on, announces your presence to the internet, or tells friends that you’re available to chat. I can hear someone say, “You don’t have to install the app!” Yeah, sure. But I do have a need for such live chat features on occasion. The trick is, I don’t need them on every minute, and I’m not always in the mood to chat. The settings exist to hold the world at bay, but you have to look for them and make the system work for you.

Also, our social conventions have more or less conditioned us that an instant or text message has more urgency than email since they are meant to be used in real time. You can imagine a physical human being on the other end of the message, staring at their phone or laptop, expecting a response now.

Email is more asynchronous. We don’t expect paper mail to get there in anywhere close to one second (at least those of us who grew up mailing letters via the U.S. Postal Service), nor do we expect an immediate response.

Text messaging is the electronic equivalent of someone standing right in front of you wanting you to answer that instant. Unless you turn the bloody thing off and pretend you’re asleep, the person on the other end is going to sit/stand there waiting for a response and will start sending multiple follow-up messages to get your attention until you respond. You could be in the bathroom, you could be driving your car, you could be in the TSA line at the airport, you could be in the middle of a face-to-face conversation with a person in the real world; all the person on the other end of the text/instant message knows is that you’re not responding instantly, so you’re the one being rude.

As a result, even text-based interactions have their downsides in a world where everyone can reach you unless you work really hard to prevent it.

Sometime in the early 2000s, Second Life appeared. It was the incarnation of how people who read Neuromancer or watched Johnny Mnemonic expected the internet to look like: digital people wearing unusual, fantastic virtual costumes and interacting on virtual “streets” online. I lasted there about five minutes.

Using my avatar, a plain-vanilla digital character named Bartholomew Somnambulant, I found myself “walking” in a digital environment surrounded by other electronic representations of people. I was facing a graphical version of the problem I faced with instant messaging, only now it was “face to face” and all of these virtual people expected me to respond. Meanwhile, I was still trying to figure out the movement controls, the communication filters, and the map so I knew where I was “walking” in this bizarre virtual place. Quite frankly, all I wanted to do was just “walk around” and check the place out. (In much the same way, I walk around Disney World on a nearly daily basis, which startled my introverted mother. “How do you deal with all those people?” she asked. “I’m not talking to them,” I replied.)

That standoffish approach is not normal in Second Life. It’s a graphical representation of social media. “If you don’t want to socialize, you don’t have to install the app.” This misses the point. Introverts need people just as much as anybody. They do not, however, need a hundred strangers accosting them all at once to have a conversation.

In short, I reacted to Second Life like I would to an actual crowd–say, at a dating social, where you’re just supposed to jump in and “be yourself.” Meanwhile, the introvert is thinking, “Myself would rather be in a quiet corner somewhere deciding if, when, where, and with whom to talk to.”

Some of my friends get into virtual environments much better than I do. My buddy Doc (Best quote: “If I liked talking to people, do you think I’d be a writer?”) is a big fan of MMPOGs (Massive Multi-Player Online Games) like Call of Duty or World of Warcraft. And those games include your own voice! I guess it’s a form of escapist role-playing. MMPOGs are not an easy format for a guy like me who couldn’t even do Dungeons & Dragons well as a kid because he preferred to visit fantasy worlds on his own (via books).

I live in Orlando, Florida, home to some of the best immersive theme parks in the world. I’ve written about those parks often since I visit them on a semi-daily basis. Yet even those experiences are written from the perspective of an introvert who knows what level of “interaction” he’s comfortable with.

Disney, for example, keeps its characters and shows at a distance–in designated greeting areas, restaurants, or on stage. You don’t have to stand in line and join in if you don’t want to. Even the “streetmosphere” characters doing little skits around Disney Hollywood Studios can be avoided if you don’t want to play along. Disney’s show rules account for that and move on to the next guest if they can see you’d prefer not to participate.

At Universal Studios and Islands of Adventure, however, the rules of engagement are a bit different. Without much warning, you can suddenly find yourself in the middle of a group of singing street performers or accosted by a superhero/villain, and you’d better know how to behave! If, like me, you don’t know how to behave around these characters, you can find yourself called out or (gently) mocked by the speaking character, which creates two introvert discomfort zones: being the center of attention and being made fun of once you are the center of attention. Okay, maybe those are just me, but you get the point.

In similar wise, if I ever attend another Cirque du Soleil performance, I will sit in the upper rafters, where I can simply watch and not be expected to participate, or worse, put on stage to be made fun of. Okay, yes, I’m uptight. That doesn’t make my reactions any less real. However, if I’m given enough warning–say, at Sea World–that sitting in the ten rows closest to the whales’ tank are likely to involve me getting soaked by cold salt water, I can decide for myself whether to get wet or sit further away. The situation isn’t forced on me.

Which brings me to the new resort Disney is planning as part of the Star Wars area they’re building at Hollywood Studios. The linked article includes the following:

I can deal with the first and third item. I’m certain that the production values will be high–Disney is having to compete with the Harry Potter stuff at Universal, and I’ve noted how impressive that “environment” is. That leaves the second bullet: Each guest will get a storyline, which Disney specifically says will “touch every single minute of your day.” And the interaction-averse introvert is forced to wonder, “What does that mean, exactly? Does this mean I’m going to need to memorize ‘lines’ if a cast member comes up to me and asks me something? Am I going to be (gulp) on stage for my entire vacation?” Public speaking is considered a greater fear among many adults than death.

And I’m truly torn on this because I love Star Wars. And it’s not like I didn’t do this as a kid. “Playing Star Wars” while running around my neighborhood was pretty much how I spent my outdoor time between the ages of 8 and 12. But I was writing the script in my head, I wasn’t playing someone else’s game or telling someone else’s story. If I was playing with friends, we could negotiate about what happened next and then play would resume. We didn’t have strangers watching us and expecting us to do the “right thing” in response to whatever some random character said or did. It’s like The Actor’s Nightmare meets playtime, and that does not sound like fun to me. So I will probably stand at a distance and wait to see what the actual situation is before I agree to participate.

Okay, you can go ahead and say it: You need to lighten up! Chill out! You need to get into the spirit of things! It wouldn’t kill you to get out of your comfort zone, would it?

To which I would respond with the following hypothetical: Let’s say in the middle of a high-energy dance party, social mixer, or speed-dating event everyone was suddenly required to pull out a deep/important/philosophical book (chosen by the host) and read a specific chapter for five minutes. After that five-minute interval, you would then be required to find a quiet corner and engage in a fifteen-minute (minimum!) conversation with someone picked at random about what the content means to you and how it might apply to your personal life situation. Absurd? Perhaps. But in all honesty, many introverts would take that situation over talking about trivialities with a hundred people in a loud room.

To sum up, the electronic entertainment options available to adult or budding introverts are limited. The options tend to be in your face, loud, violent, and group oriented. Even vacation spots are no longer satisfied with providing an impressive or exotic setting for your holiday; now you must become part of a show that matches the venue. Those resorts or simple bed-and-breakfasts that specialize in a quiet, attractive atmosphere without a lot of intrusive staff or activity, they will continue to find an audience…it’ll just be a bit more subdued than other options (and there’s nothing wrong with that). As for what the introvert’s ideal “immersive” video game would be like, I’ll have to give that some more thought. The age of the holodeck is coming sooner than anyone expected, and extroverts shouldn’t have all the fun.